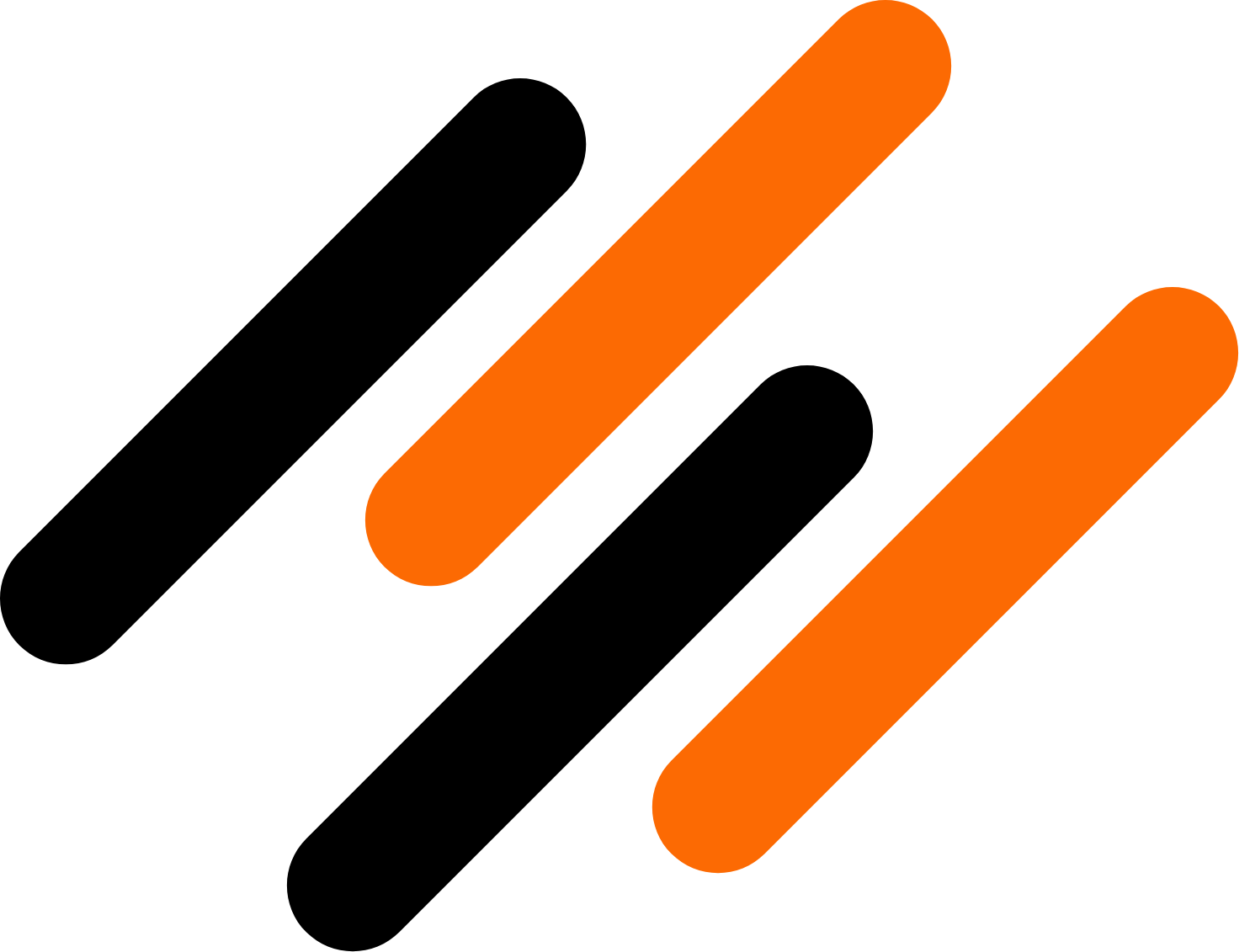 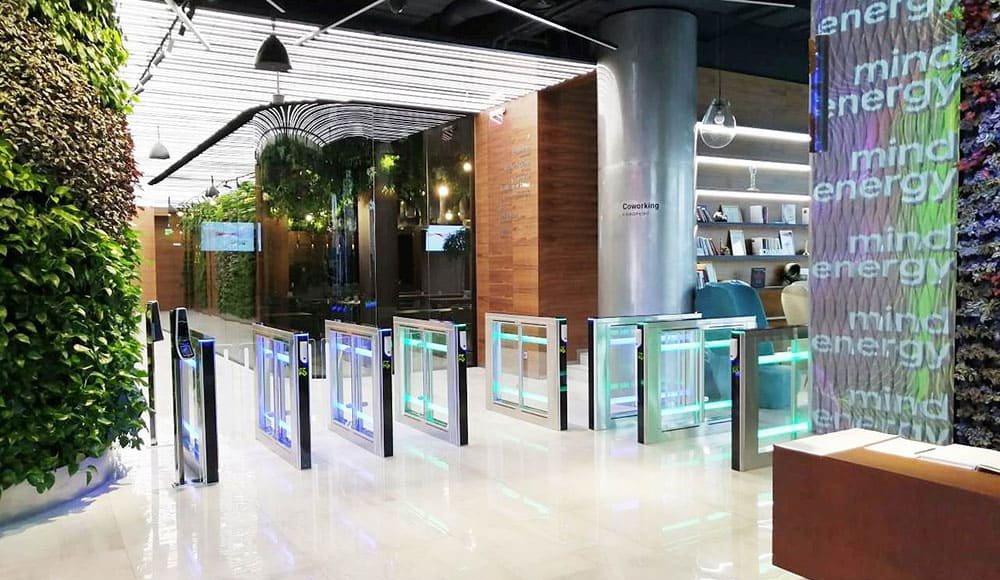 TiSO developed a speed gate with ultra slim footprint, a cabinet is 110 mm only. Sweeper-S by TiSO company is the slimmest and the most sophisticated model on the market of security market. Before developing such a model, a detailed market research was conducted to implement the best features in this model. We studied engineering solutions oﬀered by other manufacturers and noticed a common trend for each. In spite of the fact that some other turnstiles have a really thin cabin, the mechanism that rotate the wings look like additional extensions and make turnstile even wider (have a look at pictures below). As a result, due to the additional width of mechanism, other slim models become even wider than standard-dimensional speed gates. Taking into account this common trend, TiSO developed Sweeper-S model with drive inside of speed gate cabinet. That’s why Sweeper-S doesn’t have any extra width caused by external mechanism dimensions. So they do not «steal» additional space at the installation site. The Sweeper-S cabinet is only 110 mm wide making it a of the slimmest space-saving cabinets available. For comparison, we suggest having a look at the drawings of two turnstiles: Sweeper-S and the widespread turnstile, which most manufacturers position as a Slim model. Following extensive market research TiSO have developed an ultra slim speed gate. The Sweeper S cabinet is only 110 mm wide making it one of the slimmest space-saving cabinets available. Sweeper-S vs others Sweeper-S vs others Common slim models by other manufacturers Other manufacturers tend to have a rotating mechanism that extends beyond the cabinet. This not only makes the turnstile cabinet footprint wider it also creates a potential trip hazard within the lane. It is particularly noticeable with the middle cabinet when there is more than a single lane or a wider DDA lane is required. Sweeper-S speed gate by TiSO company The key feature of the Sweeper-S speed gates that it has a very narrow housing creating a seamless space-saving footprint. The cabinet width is just 110 mm wide for both the standard width and wide lanes. Visually the Sweeper-S provides a clean contemporary access control solution. Have a look at a comparison of two projects to estimate the advantages of Sweeper-S speed gates over other slim models available on the market. Sweeper-S speed gate by TiSO company Sweeper-S (passes) Sweeper-S speed gates: Entrance space width – 4000 mm Sweeper-S standard passage width – 550 mm Sweeper-S wide passage width – 900 mm One cabin footprint – 110 mm Number of passage lanes – 5 passage lines Five passage lines Sweeper-S speed gate is the most space-saving and sleek sollution available. By having such narrow housing Sweeper-S enable to forms the larger number of passages lines than slim turnstiles by other manufacturers. Common slim models by most of manufacturers Other turnstiles (passes) Common model of slim speed gates by others: Entrance space width – 4000 mm Speed gate standard passage width – 550 mm Speed gate wide passage width – 900 mm One cabin footprint – 150 mm (mechanism beyond cabin) Number of passage lanes – 4 passage lines Four passage lines Sweeper-S, business center Sweeper-S in business center Installation case with Sweeper-S speed gate in the business center Write at if you have any questions about Sweeper-S or you’d like to have price list for Sweeper-S model.

Bring the heat down

Thinking of implementing a thermal camera to make your workplace safer during the COVID pandemic? If you are, you are in the right place...
Read more

The new age of safety and security

As organizations and businesses adapt to the “next normal” of administering both safe and secure access to their properties, Turn A Stile provides a...
Read more

Here is another example of prestigious installation of TiSO Speedblade turnstiles in Square One business center – one of the most luxurious business centers...
Read more
Facebook
Instagram
Linkedin

© Turn a Stile. All rights reserved.

This website uses cookies to improve your experience while you navigate through the website. Out of these, the cookies that are categorized as necessary are stored on your browser as they are essential for the working of basic functionalities of the website. We also use third-party cookies that help us analyze and understand how you use this website. These cookies will be stored in your browser only with your consent. You also have the option to opt-out of these cookies. But opting out of some of these cookies may affect your browsing experience.
Necessary Always Enabled

Any cookies that may not be particularly necessary for the website to function and is used specifically to collect user personal data via analytics, ads, other embedded contents are termed as non-necessary cookies. It is mandatory to procure user consent prior to running these cookies on your website.